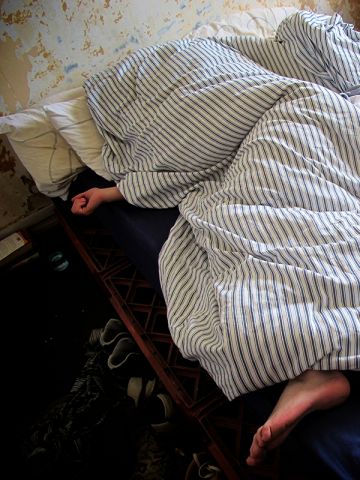 Are there links between mental heath problems and a disposition towards activist activity? ‘The Brain of Ulrike Meinhof’ is a chapter Dominic Fox’s in Cold World in which he explains that after the infamous co-leader of the Baader-Meinhof gang died (in prison, officially of suicide), Meinhof’s brain was removed and preserved in formaldehyde so that it could be studied for ‘abnormalities’. ‘What is it that causes a young woman journalist from a middle-class background to renounce the privileges society has afforded her, join an armed unit of self-styled “urban guerrillas”, and commence to wage a ferocious war against the powers of the state?’ asks Fox (2009 p57). It was revealed that Meinhof had, indeed, undergone surgery to remove a tumour prior to becoming a militant. I thought of this story after I saw the Vacuum Cleaner’s latest performance ‘Mental’. Of course, it could be that mental illness causes an awakening: causes the individual to see the world with clarity. Or it could be that a particular condition results in a lack of fear, from which activism is a merely a consequence. Or perhaps such ‘awakenings’ do, in fact, make you mental.

I feel like I know the Vacuum Cleaner, but I don’t. This is the third intimate performance of his that I have seen in as many years, and last year I interviewed him. This, coupled with the fact thay he bares all in this ultra-personal performance, makes me feel that I do know him a little. So, who is he?

The Vacuum Cleaner is an art activist; he is a committed art activist ‘collective of one’. He is part of a new generation of arts activists, many of whom are not trained at art school but draw from activist tactics and organisation, often based on anarchist principles. He works with performance as well as using new media techniques such as ‘Brandalism’ (see his attack on the Starbucks logo for example) and ‘Hactivism’ (the @London2012 paraody twitter account for example). Such ‘subvertising’ pranks opperate in the same context as the Yes Men and their aesthetic heritage lies in Situationist ‘Détournement’.

Playful as it may be, his activist work has resulted in a significant police intelligence file (the Metropolitan Police have labelled him a ‘domestic extremist’), an injunction from E.ON and a lawsuit from Starbucks after his infamous act of ‘brandalism’. This performance is an autobiography told through such files, as well has his mental health records – both obtained through the Freedom of Information Act (2000).

I booked my ticket for Mental through its organiser, Artsadmin. Later on, by email, Artsadmin informed me of the private address where the performance would take place. I hurriedly arrived at the Hackney flat, just in time for the performance. About four of us arrived together and ascended to his flat in a very dark lift. We removed our shoes and were taken through to a room where another eight or so people waited; we were served tea and carrot cake before being led into a sparsely decorated bedroom. Seated against the walls, and around a double mattress, we were encouraged to pull an unfeasibly large duvet over our legs. The performance began with the Vacuum Cleaner slowly and shyly emerging from under the duvet, where he was concealed all long. Shyly is the wrong word. Having seen him perform at a conference at Loughborough University, I know that for him (and countless others suffering from mental health disorders) public speaking is not always easy. Not that he struggled at Loughborough – just that such difficulties was the subject of the talk.

The Vacuum Cleaner began his performance by unveiling his medical records and introducing us to his police surveillance records – all of which he produced from under the covers – which he then projected onto the wall behind him using an overhead projector. A cheerful soundtrack of funky soul and disco accompanied the performance and I wondered if, by using black music, we were supposed to be reminded of how art can come out of struggle and a disadvantaged background. Through his records, he tells stories of his involvement in a Dada-esque assault on Kingsnorth Power Station, which E.ON want to knock down and build a new (coal-fired) power station on the same site. He refers to the Starbucks lawsuit and being kettled on Bishop’s Gate for five hours, after hearing about the death of Ian Tomlinson.

As the details come out of the records, you become shocked at the level of detail. For example, through recounting his involvement with the artist collective C.I.R.C.A. (the Clandestine Insurgent Rebel Clown Army) we become aware that the police had infiltrated the organisation, for five years – a fact that he only became aware of when the officer in question was exposed on Channel 4 news. Similarly, or perhaps more worryingly, his involvement with the anti-third runway guerrilla gardeners (or was it the E.ON affair?) reveals that corporations employ private detectives to infiltrate such organisations in order to build cases against the activists. It is impossible to ignore the use of post-9-11 legislation, the fear of terrorism, and the language that brands non-violent civil disobedience as ‘eco-terrorism’. It is shocking that the police would see it fit to infiltrate a Rebel Clown Army (who basically clown around laughing at the police). Wikileaks, and the Edward Snowden case in particular, take on a renewed sense of importance.

The focus of the performance was firmly on the mental health records and, in particular, self-harm and suicide attempts. It was an honest and touching account, delivered with humour and more than a touch of homoeroticism. This brings me back t my first question: are there links between mental heath conditions and activism? I find myself wondering if self-harm is perhaps linked to a willingness to putting oneself in harms way for the benefit of others (most often with regard to climate issues): if you’re suicidal, in pain and at the same time numb, what do you have to lose? What do you have to fear? This does not, however, explain why you would act selflessly, for the benefit of others but this fact alone gives us hope for humankind.

The show is directed by Perrier Award ‘Best Newcomer’ Kim Noble, an artist not shy of controversy himself. Funded by Arts Council England. Supported by Artsadmin and In Between Time, Mental was previously programmed by the Barbican. The London run of shows is sold-out. Mental will also be performed at Homo Novus festival in Latvia from 3 to 7 September 2013, at The Scottish Mental Health Arts and Film Festival in Glasgow from 3 to 5 October 2013, and Habarts in Manchester from 8 to 9 November 2013. 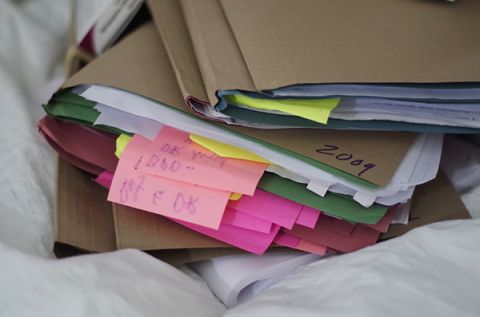